Register now! It is easy and done in 1 minute and gives you access to special discounts and much more!


What is Lunar New Year (often referred to as Chinese New Year)? 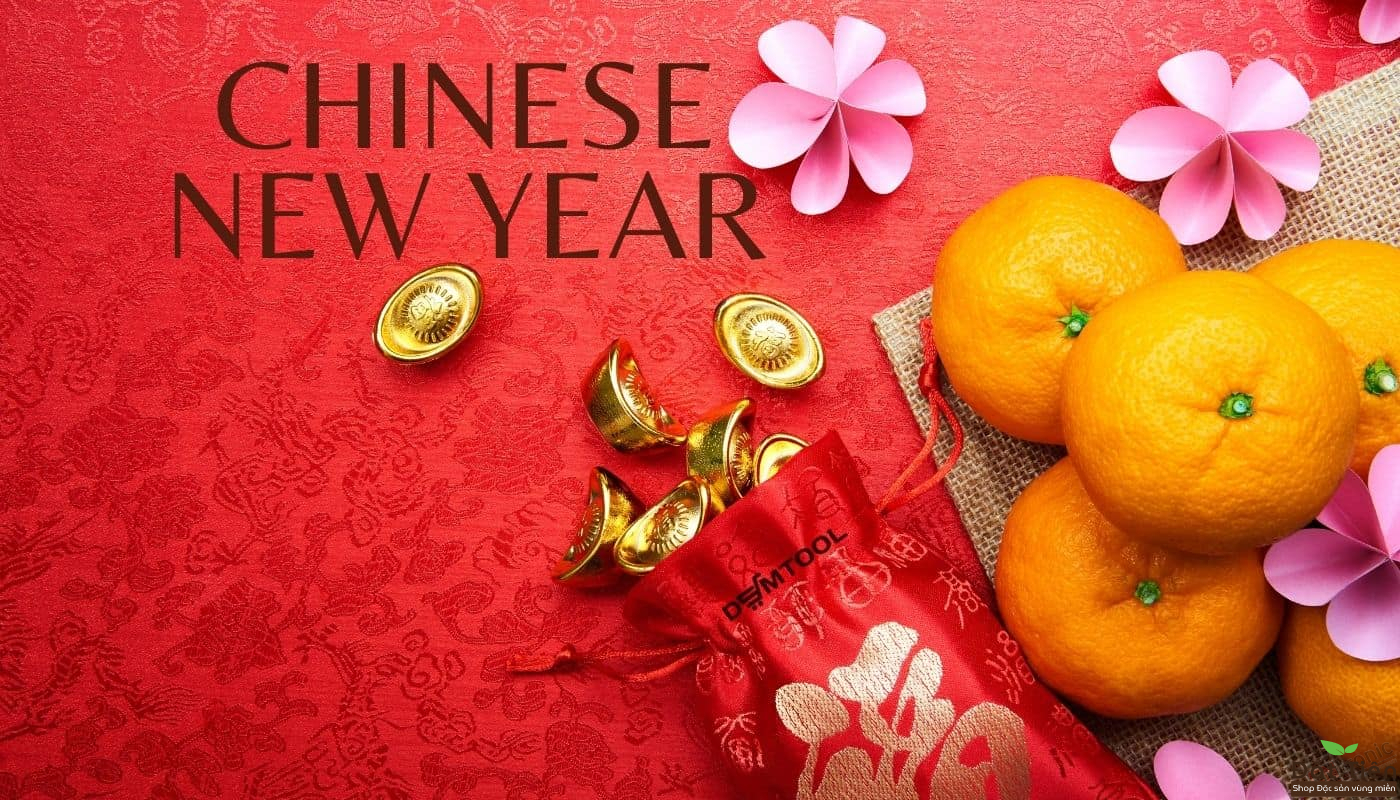 Lunar
New Year, which is also commonly called Chinese New Year or Spring
Festival, celebrates the beginning of the New Year on the traditional
Chinese calendar. It is celebrated in many countries throughout Asia,
for example in Vietnam, the holiday is called Tet, the full name is "Tet
Nguyen Dan".

According to
the Chinese lunar calendar 2023, Chinese New Year 2023 will fall on
Sunday, January 22nd, 2023, celebrations continue until the Lantern
Festival which will be on February 5th, 2023.

How long is the Lunar New Year holiday 2023?

The
legal holiday in China is usually seven days long but can differ from
country to country. Generally, it starts from the Lunar New Year's Eve,
otherwise known as Spring Festival Eve, to the sixth day of the first
lunar month.

What are the dates for the Lunar New Year holiday in 2023?

The
holiday starts from Spring Festival Eve, so in 2023 it is from Jan.
21st to Jan.27th. In some cases, the holiday period may allow for
extended time off for workers. The Lunar New Year dates change every
year because the festival is based on the Chinese lunar calendar. We
advise getting your shipments prepared and ready because many factories
will shut down in China and other countries celebrating the lunar
calendar.

For how long do they shut factories down?

Most factories in China close one week before the Chinese New Year,
and don’t have the production up and running again until two to three
weeks after the holiday. In total, Chinese New Year factory shutdown
corresponds to 3 to 4 weeks, which today has a huge impact on
manufacturing globally.

Keep in mind that production is also slower than usual for a couple
of weeks after production has begun again, which means that it is a
total of a whole quarter that is affected for importers and
manufacturing companies in Asia. 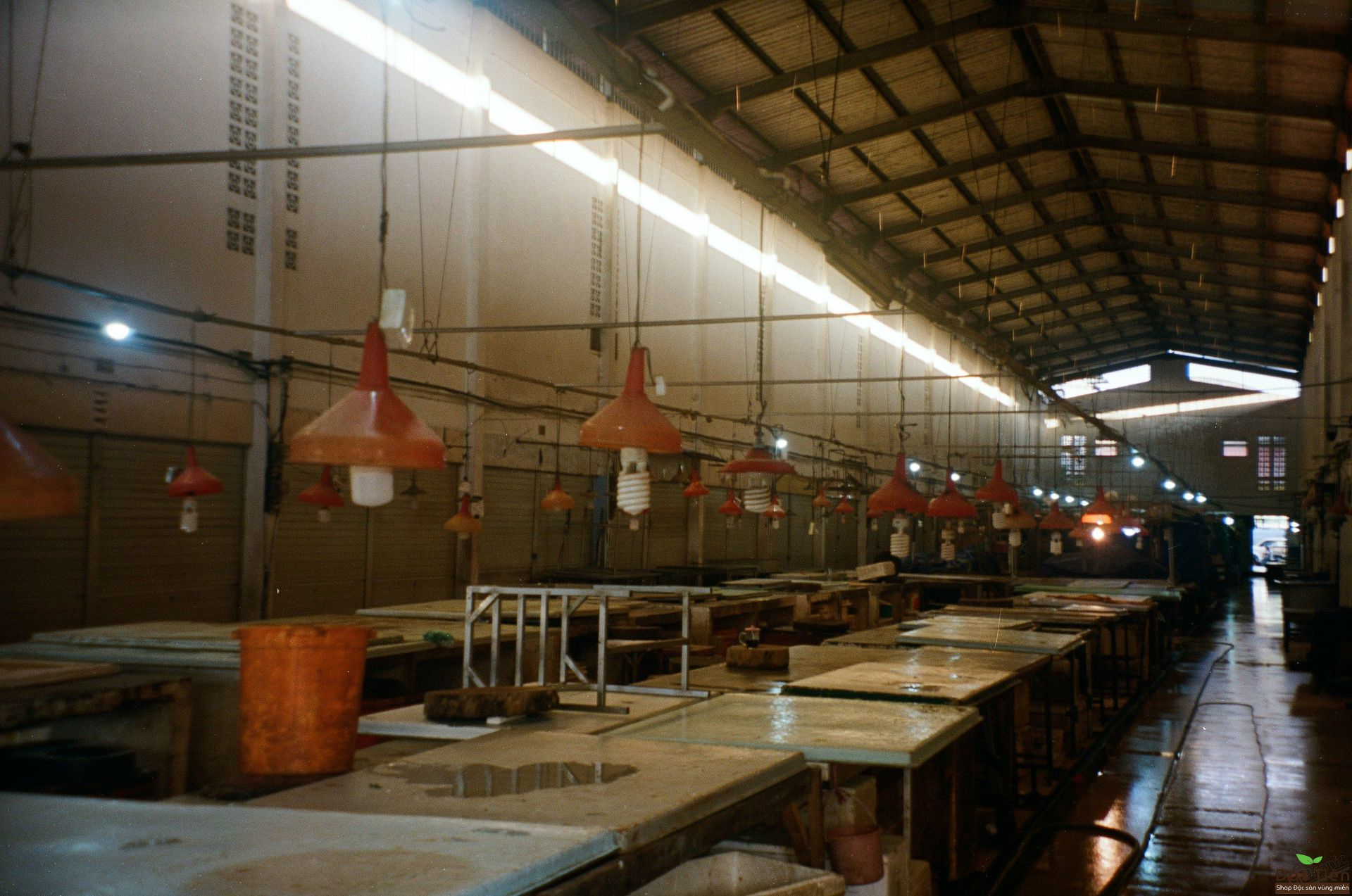 Are there any factories open during this period?

Nope, there are no factories in China that are open during the
Chinese New Year. Ports and some other services are still up and running
but with reduced capacity.
Why is this?
It’s a
legal requirement in China that all workers are off from work during
this period. For many workers this is also the only time of year when
they have the opportunity to meet and spend some time with their
children and parents.
Despite this, many importers try to demand
that their factories be kept open, but no exceptions are made. During
the Chinese New Year, everything is closed.

What about other Asian countries, do their factories close as well?

Vietnam celebrates Tet, which occurs on the exact same date as the
Chinese New Year. Factories in Vietnam are closed for about 2 weeks,
which is slightly shorter than their counterparts in China. However,
Vietnamese manufacturers are indirectly affected, as large quantities of
materials and components are imported from China, during production in
Vietnam.
Ok great so the factories are not functioning for a 100%
for roughly a quarter a year, what about all the freight services that
are connected to the factories. Are they still functioning as normal?

Do you happen to know the answers to those questions and want to skip
forward to the "how"? Download the top 3 strategies to avoid a Chinese
New Year logistics struggle. 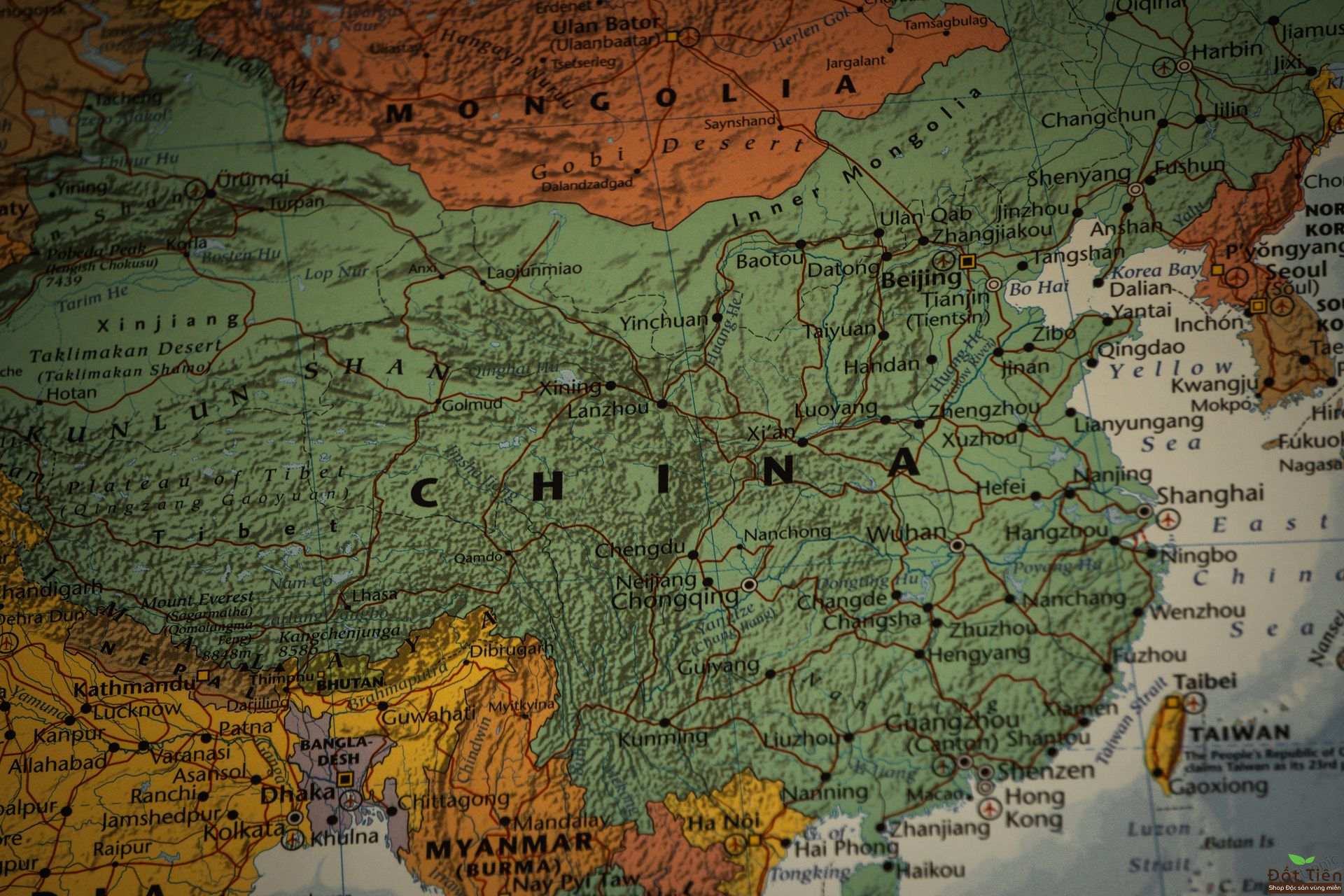 Is shipping from China during Chinese New Year possible at all?

Ironically yes, sea
and air transport work pretty much as usual during this period.
However, no goods can be delivered from the factory, to the nearest port
or airport. Once the door is closed at your factory, there is no staff
who can handle the shipping.
So not sure that it will help you get
your goods delivered to your warehouse anyway. Ok what about the
handling of goods, what is there to consider?

Will the quality of the goods be affected?

The quality of your goods might get affected negatively, both before and after the holiday period around the Chinese New Year.
This is because the factories, before
the holiday, tend to stress their staff to get orders ready before they
close, which of course has a negative impact on quality.
Like that
wasn’t enough a large number of workers do not return after the New
Year. There is a risk that they stay at home in the provinces and start
working at another factory. This leads to the fact that the factories
when reopen, after the holiday, they must recruit and train new staff which then will affect the quality. 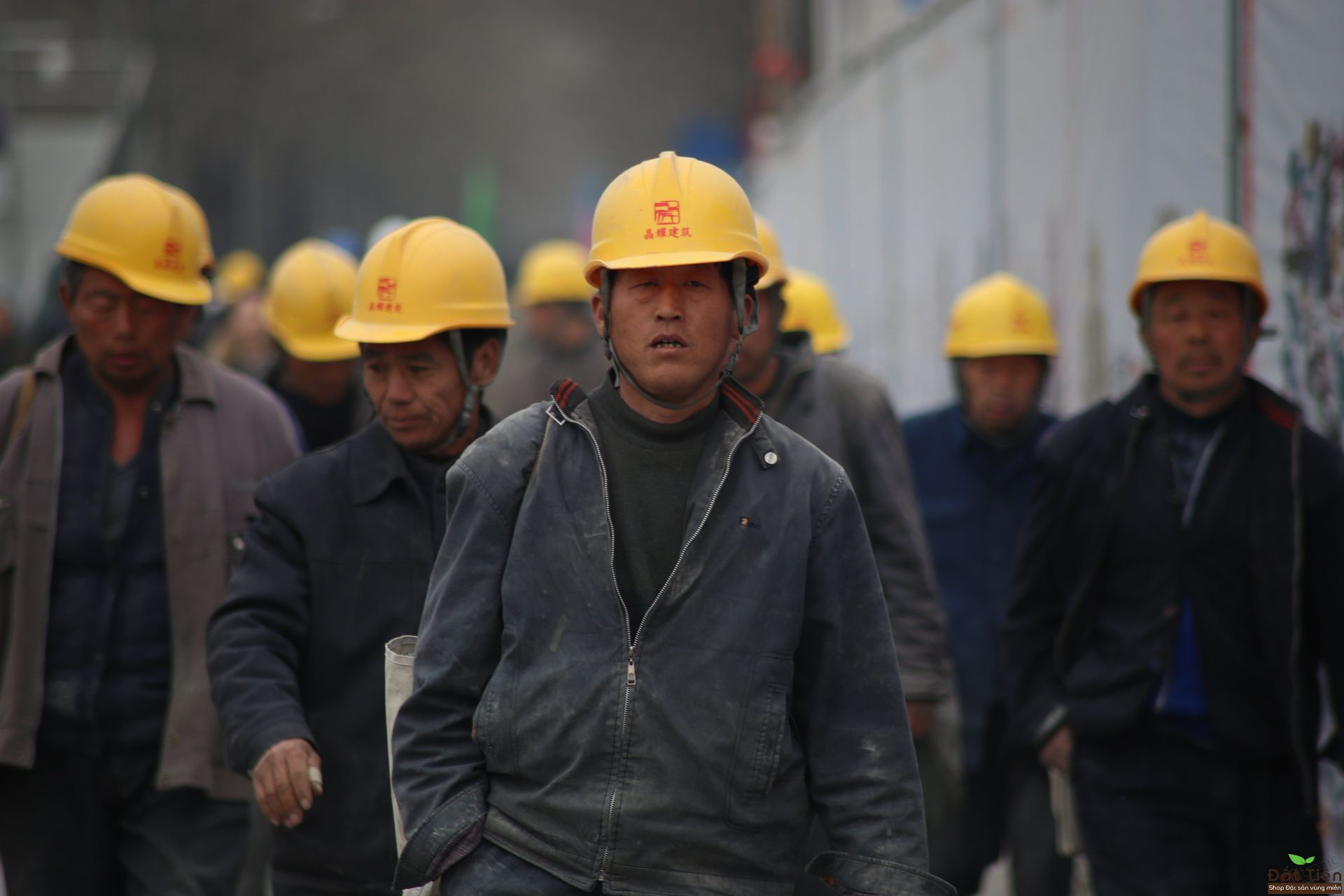 How will transportation and logistics services be impacted by the Chinese New Year holiday?

The
Chinese New Year holiday is a time for family reunions, a lot of people
travel across China back to their hometowns to visit their parents and
relatives. Thus a special phenomenon called Spring Festival Travel Rush
or Spring Festival Migration arises before and after the Chinese New
Year, every year so workers can spend time with family and friends who
live further afield. In previous holidays in China, due to the COVID
zero policy, less travel has happened to avoid the potential of COVID
outbreaks.

China has adjusted its COVID prevention and control
policies. The focus has shifted from infection prevention to severe case
prevention. Starting from January 8th, the country has downgraded the
management of COVID-19 from Class A to Class B.  With this shift in
rules, this year’s Spring Festival travel rush, which kicked off on
Saturday January 7th is expected to surge 99.5% compared to the same
period last year to reach nearly 2.1 billion.

In usual
circumstances, many workers head to their home towns and quite often,
factories release them from duties as early as the middle of January. In
general, workers resume work after Lantern Festival. There are also
some workers who decide to stay in the city where they work during the
holiday, this enables factories to at least provide skeleton cover of
work during the holiday season. Frequently, production sites will issue
an office closure notice for Chinese New Year. 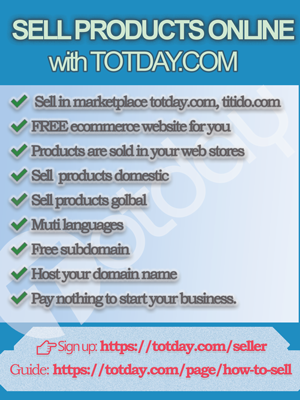 Register now! It is easy and done in 1 minute and gives you access to special discounts and much more!